The community of Del Sur in Rancho Bernardo zip code 92127 is one of the most beautiful and dynamic neighborhoods of newer homes in San Diego County. Del Sur real estate development was begun in the early 2000’s. Some of the leading home builders in Southern California joined forces to create neighborhoods and amenities that suit modern sensibilities in terms of living space, environmental friendliness, and comfortable surroundings. Del Sur was named Community of the Year by Builder and Developer Magazine in 2011. Del Sur real estate appeals to high-powered professionals and families with a true sense of pride in their community.

Residents of Del Sur homes enjoy a close-knit community atmosphere which is unique in San Diego.  The Del Sur neighborhood is filled with high-performing, globally conscious people who are willing and able to pay a premium to live in the area.  Residents are outdoor oriented, taking full advantage of the 9 parks, 9 solar-heated pools, and 22 miles of trails which wind through the area.  The Del Sur Community Services Council (www.delsurcsc.com) organizes a variety of events including carnivals, movies in the park, parades, and parties.  People genuinely care about the community and about each other.

The schools in Del Sur are part of the Poway Unified School District.  Because of the top-rated schools, real estate throughout the district is in high demand. Del Sur Elementary School, which opened in 2008, quickly gained a reputation as one of the best elementary schools in San Diego County.  It is a California Distinguished School, along with just two others in the award-winning Poway Unified District.  The elementary school took it a step further in 2014 when it was named a “National Blue Ribbon School”, one of only 337 schools in the United States to receive the award (and the only one in San Diego County).  The San Diego City Council recognized the achievement by establishing “Del Sur Elementary School DAY” on November 11, 2014.  Expect equally great things for students at Oak Valley Middle School, and Del Norte High School which opened in 2009.

Alcala – The Alcala neighborhood at Del Sur was built by William Lyon Homes.  The houses at Acala have three floor plans, ranging from 3 to 5 bedrooms, 2 ½ to 3 bathrooms, 2,400+ square feet of living area.  The architectural style is Spanish/Mediterranean, with a variety of exterior elevations.

Avaron – These upscale single-family executive homes in Del Sur, just West of Camino Del Sur, were built by Standard Pacific.  There are 59 houses in the neighborhood, with beautiful Tuscan, Monterey, and Provence architectural styles.  The three floor plans at Avaron have 4 or 5 bedrooms, 4 or 5 bathrooms, and 4,000+ square feet of living area. The Avaron neighborhood is adjacent to The Crosby.  Optional memberships to The Crosby Club are available. (Roughly $50K for golf memberships, $30K for sports memberships, and $10K for social memberships.)

Bridgewalk – A well-designed neighborhood of entry-level houses in Del Sur.  The Bridgewalk neighborhood was built by Standard Pacific.  The houses three floor plans, with 3 or 4 bedrooms, 2 ½ to 3 bathrooms, and 1,700 to 2,000 square feet of living area.  The architectural style of the Bridgewalk houses is the California Spanish Colonial Revival which is common in the Del Sur community.

Bel Etage – This gated community of 97 executive Del Sur homes was built by ColRich Communities early in the development of Del Sur, from 1998 through the early 2,000’s.  The Bel Etage houses have four floor plans, either single-story or two-story, with four or five bedrooms.  The houses range from 3,841 to 4,739 of living area, and are true trophy homes.

Cabrillo – The houses in the Cabrillo neighborhood of Del Sur were built by Standard Pacific in 2007 as a more upscale alternative to their Bridgewalk homes.  These two-story houses three floorplans with 3 or 4 bedrooms and 2,420 to 3,022 square feet of living area.  The architectural style is Italian Revival/Mediterranean.

Carrillo – Choosing a name which closely follows their earlier Cabrillo development, Standard Pacific homes built the Carrillo neighborhood in 2013, with 2,483 to 2,973 square feet of living area.  In addition to the Italian Revival style, the builder included California Bungalow, Spanish Colonial, and Rustic Cottage designs for the Carrillo homes.

Cassero – Also built by Standard Pacific, Cassero is a neighborhood of attached townhouses or “paired homes” in Del Sur.  The Cassero homes are two-story, with 3 or 4 bedrooms, 2 ½ to 3 bathrooms, 2 car garages, and roughly 2,000 to 2,600 square feet of living area.  The Italian/Mediterranean exterior styles are complimented by upscale interior finishes.

The Crosby (Crosby Estates and Crosby Villas) – The Crosby is a gated golf community North of Camino Del Sur, adjacent to Rancho Santa Fe.  The Crosby Golf Course was designed by Fred Couples, and is one of the premier private golf clubs in San Diego.  There are 443 homes in Del Sur surrounding the golf course.  The Crosby Estates are a group of 281 semi-custom houses, all starting over $1 Million.  There are 71 houses at The Crosby Villas.  An additional 70 very large estate homes were built in The Crosby community, with prices reaching the $5 Million range.

Descanso – This group of 39 Del Sur houses was built by Brookfield Residential So Cal.  These are larger “move-up” houses with four or five bedrooms, with floor plans ranging from 3,423 to 3,799 square feet. Many of the houses have outdoor living rooms, or “Del Sur rooms” which are very popular for indoor-outdoor living in the beautiful San Diego weather.

Estrella – Located within The Lakes Above Rancho Santa Fe, the Estrella homes were built by Lennar. The houses have three floor plans, with two elevations of each plan, 4 or 5 bedrooms, 4 ½ to 5 ½ bathrooms, and 4,795 to 5,288 square feet of living area.  These are large executive homes with guest casitas, interior courtyards, and “Del Sur rooms” for indoor-outdoor living.

Gables Crossing – These custom estate homes by McCollough Design Development were first released in 2012.  Located just North of Camino Del Sur, near Avaron and The Crosby.  The architectural style is old-world “French Country” style, characterized by lavish stone work and upscale interior finishes.  The houses were designed and built to customer specifications, mostly single-story, with approximately 4,400 to 5,600 square feet of living area on lots over 1 acre.

Garretson at Del Sur – Another entry-level Del Sur neighborhood by Standard Pacific, these two-story Del Sur townhomes have three floor plans with three or four bedrooms, 2 ½ to 3 bathrooms, and 1,518 to 1,867 square feet of living area.  The styles is described as Spanish Romantica, Monterey, and Rancho Adobe, with stucco facades and tile roofs.

Hawthorne – These two-story houses have three different floor plans, all with four bedrooms standard, plus a loft and/or an optional 5th bedroom.  The houses sizes range from 2,600 to 2,955 square feet.  Standard Pacific built 49 Hawthorne houses, first released in 2013.  The architectural style of the Hawthorne homes is Spanish/California Bungalow.

Kensington – Built in several phases between 2008 and 2010, Kensington at Del Sur is a subdivision of 70 houses by Davidson Communities.  These are mid-level houses with three or four bedrooms, and floor plans from 2,660 to 3,156 square feet.  Lot sizes are typically just over 5,000 square feet with outdoor patios and low maintenance yards.

The Lakes Above Rancho Santa Fe – The Lakes is a large community of some 357 houses in Del Sur, just North of Camino Del Sur and East of The Crosby.  The upscale neighborhood was first established in 2004 with the development of a group of mostly single-story estate-quality Tuscan-style houses built by Lennar. The builder was an early pioneer of “green designs”, offering solar electric and other energy efficient features.  Subsequent additions to the neighborhood include Belleza, Estrella, and Sevilla, all by Lennar.  49 homes at The Lakes were built by Van Daele Homes starting in 2013, aptly named The Van Daele Collection.  The Lakes remains one of the more upscale neighborhoods in the Del Sur community.

Madeira – This subdivision of 78 houses in Del Sur was built by Shae Homes in 2006 and 2007.  Madeira homes are entry-level houses with five different floor plans.  The houses have three or four bedrooms, and 1,785 to 2,269 square feet of living area. Lot sizes are mostly under 4,000 square feet, with small front yards and side courtyard patios that are accessed from large sliding doors in the kitchen/family room.

Mandonlin (and Mandolin II) – These townhomes were built by Shae Homes in two phases as the names suggest.  The first group of 49 homes at Mandolin were built in 2008 and 2009, and the second phase of 70 homes was started in 2010.  The floor plans include both two and three story residences, from 2 to 5 bedrooms, 2 ½ to 4 bathrooms, and 1,643 to 2,333 square feet of living area.  All of the Mandolin residences have two-car garages. The prices of these homes vary widely according the size, layout, and location of the home.

Marston – This is a group of 54 executive-style Del Sur houses built by Standard Pacific Homes.  Three are three floor plans, all with 5 bedrooms and 5 ½ bathrooms, ranging from 3,929 to 4,613 square feet.  Many of the houses have the coveted “Del Sur rooms” for indoor-outdoor living.  The architectural styles are Spanish or “California Bungalow”.

Prado – One of the most recent Del Sur developments by Standard Pacific, Prado at Del Sur is a subdivision of detached houses that was begun in 2014.  The houses have three floor plans ranging from 1,940 to 2,435 square feet, with 3 or 4 bedrooms, 2 ½ to 3 ½ baths, plus a loft.  The houses have green designs and are pre-wired for electric automobiles.

Presidio – Another upper-end offering by Standard Pacific, the Presidio houses were also first released in 2014.  The Presidio homes at Del Sur were built with three floor plans ranging from 3,461 to 3,824 square feet, 4 or 5 bedrooms plus an optional bedroom, and 3 to 4 ½ bathrooms.  Many of the Presidio houses have views of the nearby mountains.

Sentinels – These mid-range homes were built by Brookfield Residential and are often referred to as the “Brookfield Sentinels”.  The houses have three floor plans, with 3 or 4 bedrooms, 2 ½ to 4 ½ bathrooms, and 2,784 to 3,388 square feet of living area.  All of the Brookfield houses have a great room that opens to a Del Sur room.  The architecture is Spanish/Mediterranean, with whitewashed stucco exteriors and tile roofs.

Valencia – This is a group of 54 two-story houses built by California West Communities.  The Valencia homes have 4 to 6 bedrooms, 3 to 5 bathrooms, and 2,996 to 3,495 square feet of living area.  The homes have the ever-popular Del Sur Rooms many with outdoor fireplaces.  The new home owners were given the option of the standard 3-car garage, or to convert the garage into an additional bedroom. 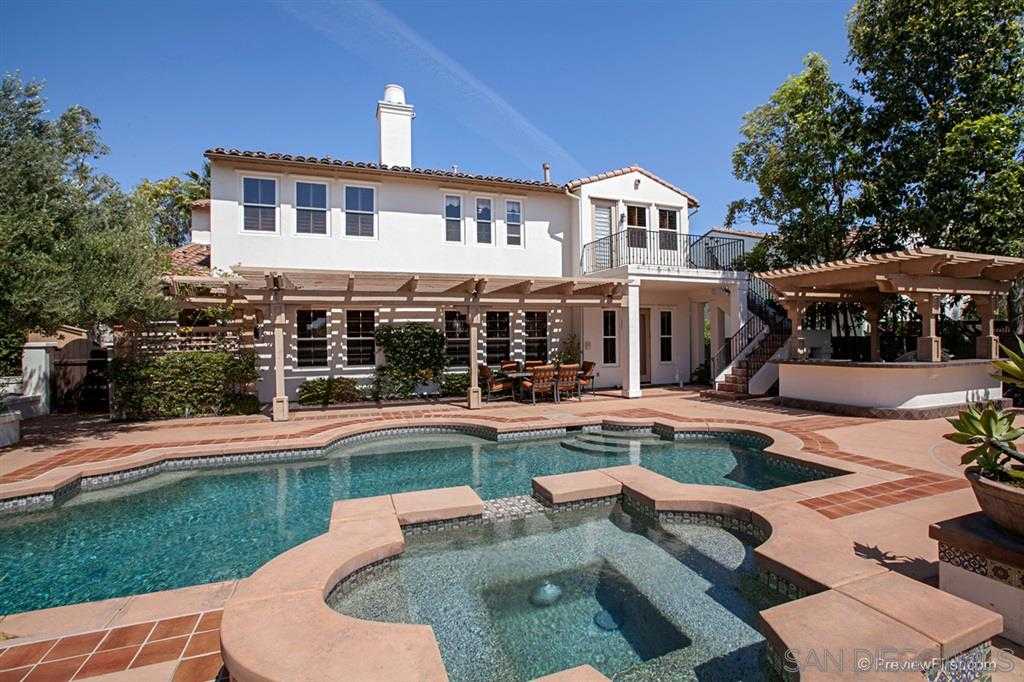 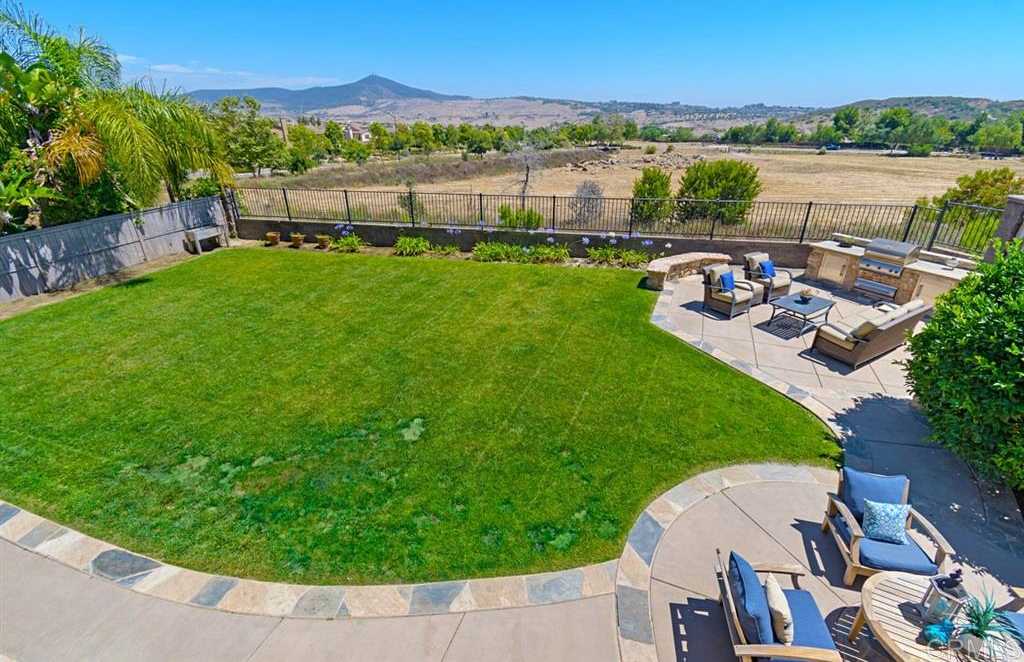 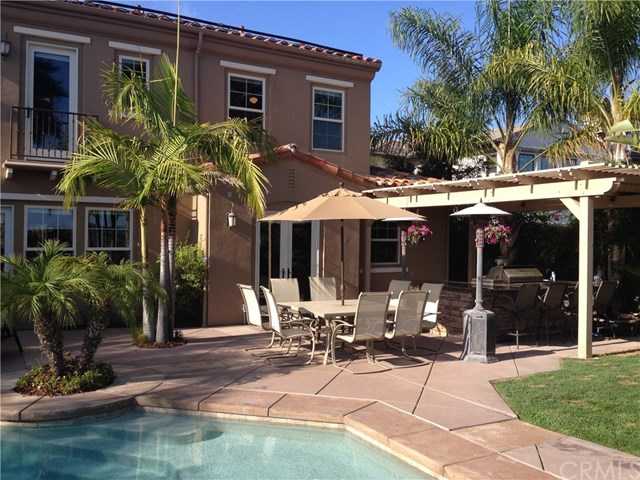 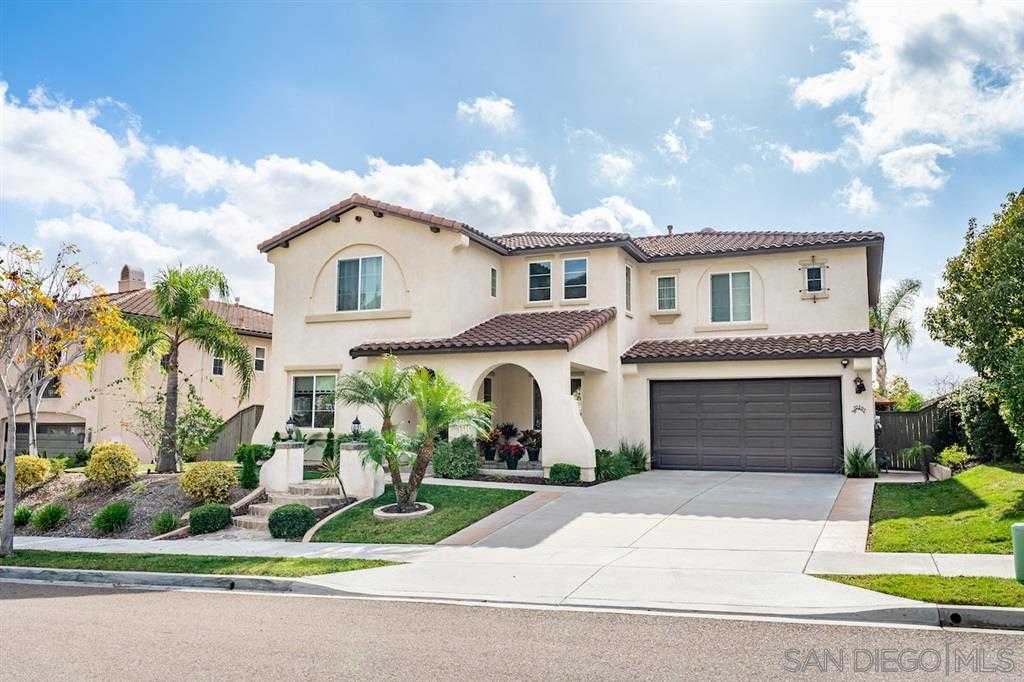 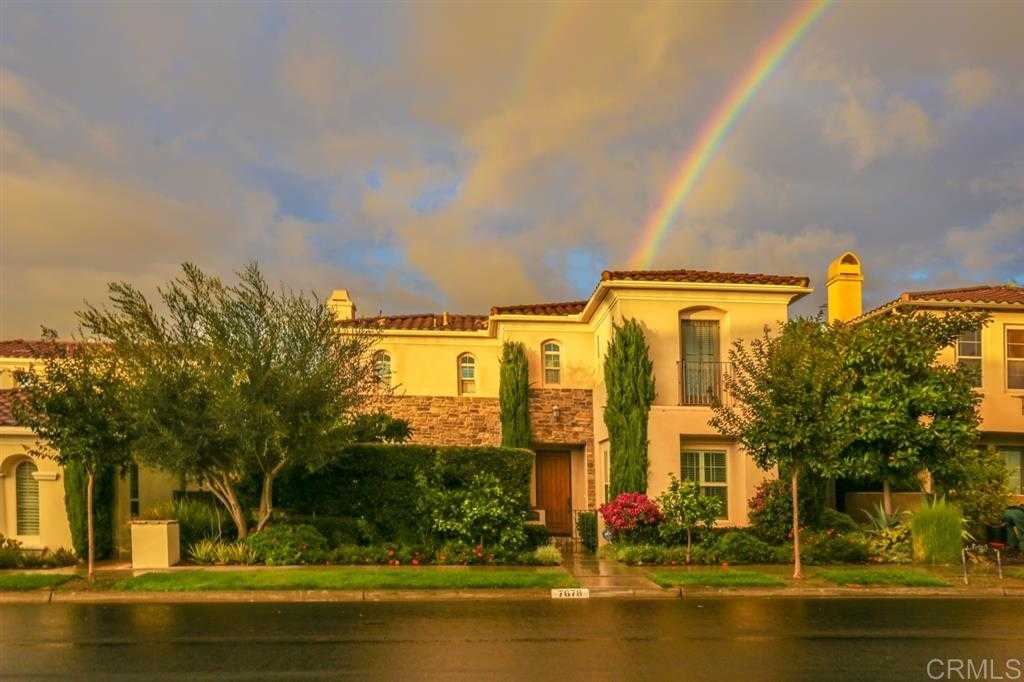 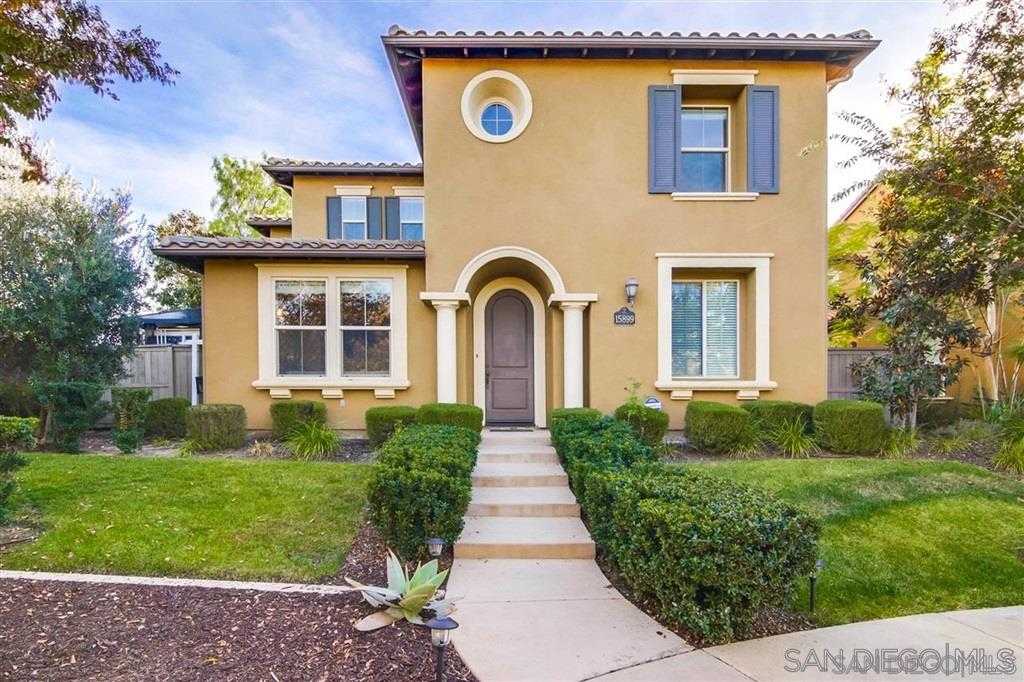 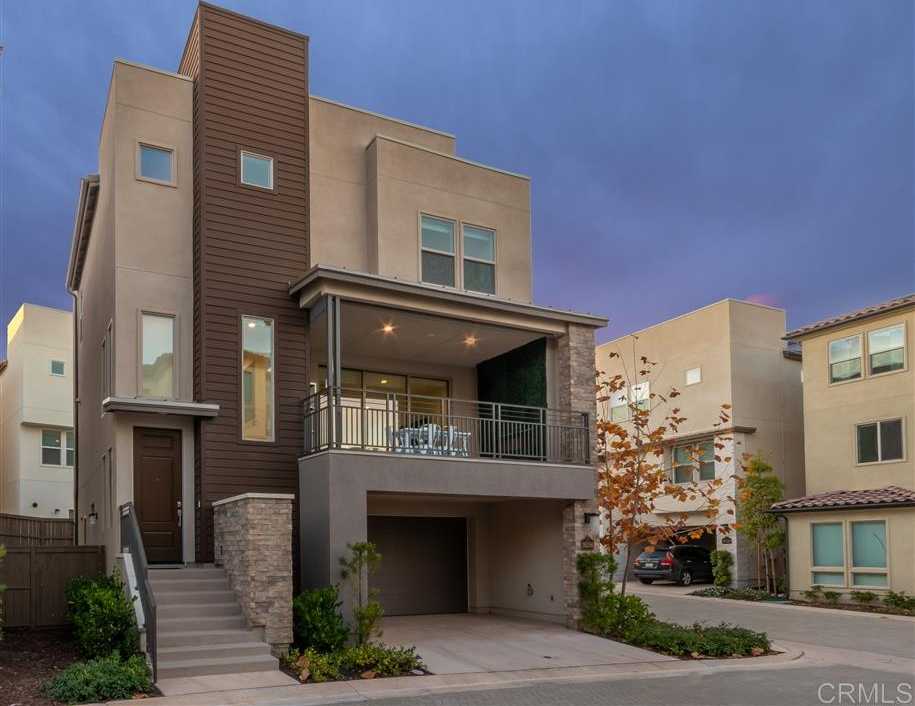 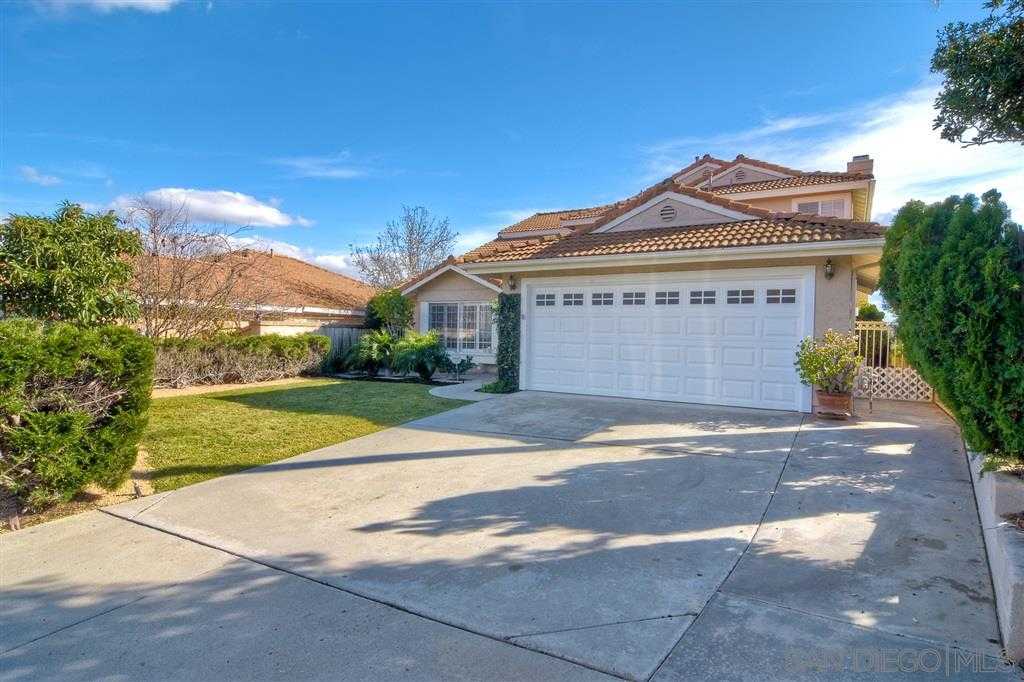 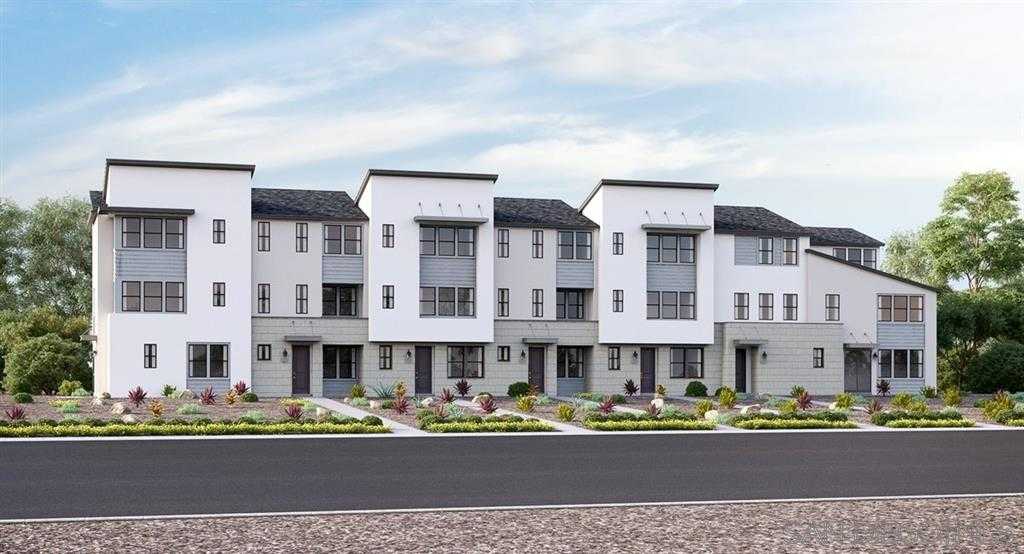 $826,900
3 Beds
3.5 Baths
2,315 SqFt
Status Active
MLS # 190058875
Property Type Attached
Price Type --
Mark Schultz Broker
Residence Five is the largest floorplan offered at Skye and provides three bedrooms and three and one-half bathrooms. On the first floor is a spacious, open-concept living area with an elegant kitchen and large great room that effortlessly connect. Upstairs are two bedrooms, each with en-suite full-sized bathrooms, including the master suite with an oversized walk-in closet. On the the top story is a bonus room for added shared living space, a third bedroom and a full-sized bathroom.
View Property
Property listings 10 - 18 of 26
Sign In With
Or Register
Let technology work for you even when you sleep
Sign in with Google, Facebook or Email