Ocean Beach is a fun and interesting place to live. Ocean Beach real estate includes houses and condominiums at quite reasonable prices relative to other beach neighborhoods in San Diego. The laid-back lifestyle of O.B. (zip code 92107) contrasts sharply with the fast-and-modern approach taken by a majority of residents in other San Diego communities. From the South or East, enter Ocean Beach either through Pt. Loma or via Interstate 8 West which ends at Sunset Cliffs. From the North, enter OB by taking Sea World drive. From Pacific Beach, take one of the bridges across Mission Bay to Sunset Cliffs West.

Ocean Beach (usually just called “OB” by residents) is known as one of the last remaining truly “Bohemian” communities in Southern California.  The Ocean Beach neighborhood has changed a lot in recent years, but it is still a favorite place of old (and young) California hippies.  In this author’s opinion that is a good thing… There is love in the air.  But it’s not for everyone. Check out the Ocean Beach homes for sale below, and contact The San Diego Realty Pros at 619-200-7612 for more information.

OB is a great place to watch and listen to San Diego musicians perform live music.  The nightclub “Winstons” is a band favorite, though the club itself has much the same feel as a fraternity house basement. Performances in OB aren’t limited to the night time. Every Wednesday the Ocean Beach farmer’s market hosts live music.  Ocean Beach residents regularly buy fresh produce while enjoying music made by incredibly talented local musicians.

OB is separated from Pacific Beach by the Mission Bay channel. The beach itself is very wide, and nearly a mile in length. The North end of Ocean Beach is known as “Dog Beach” because dogs are permitted there in a leash-free zone. Further south there are volleyball courts, grassy spaces, public restrooms and picnic areas. At the south end of the beach area is Ocean Beach Municipal Pier. Local fishermen regularly line the pier, which is served by a bait shop and seafood restaurant.  No license is required when fishing from this wonderful San Diego landmark.

There are pits for beach fires, though bonfires have been periodically prohibited.  Check with the local lifeguards before starting a fire.  Surfing is best near the pier and also at the North tip of OB near Pt. Loma.  The waters are pretty rough heading out to the open ocean near the point.  Scuba diving and snorkling is not recommended, as conditions can be dangerous, and visibility is generally pretty low. 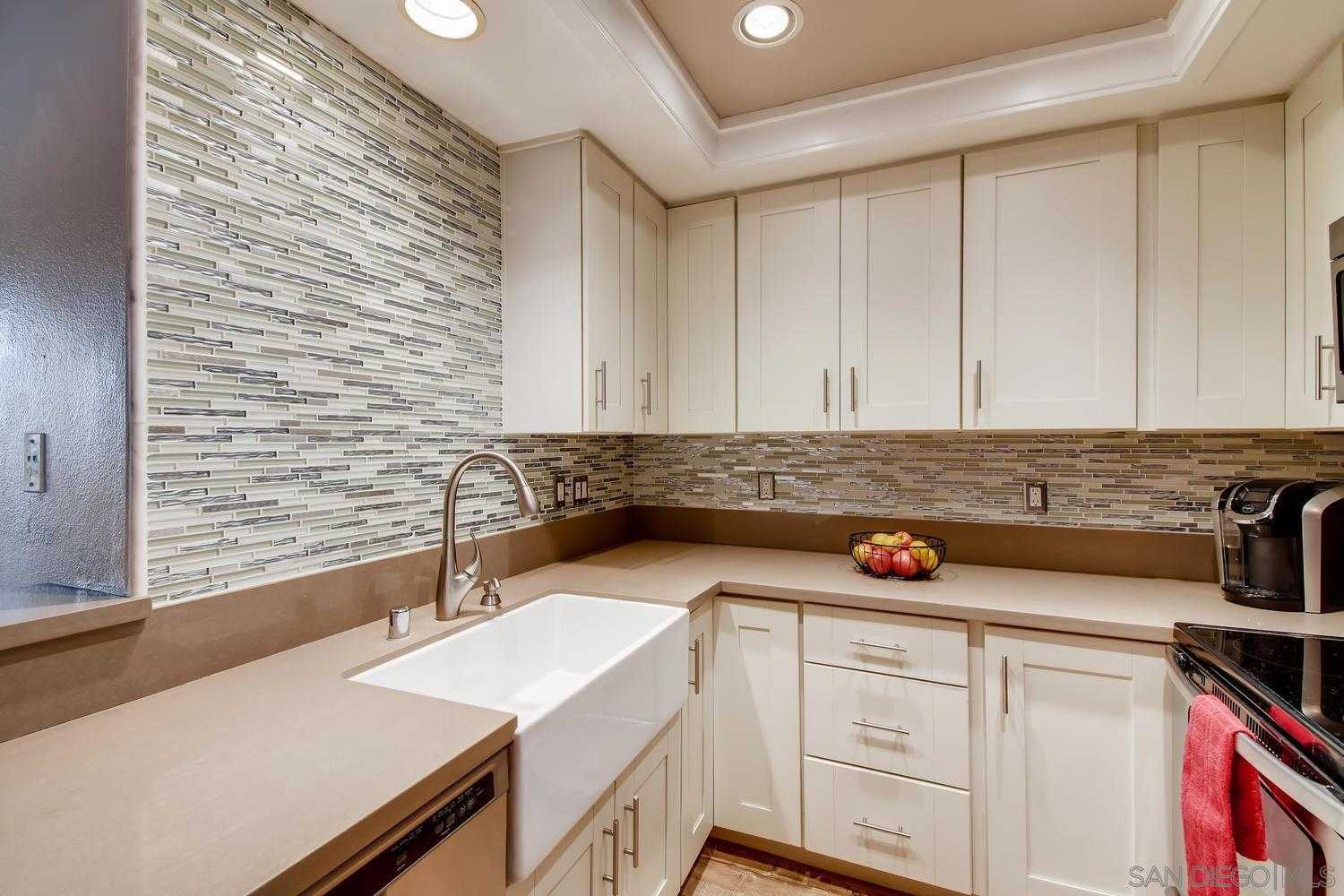 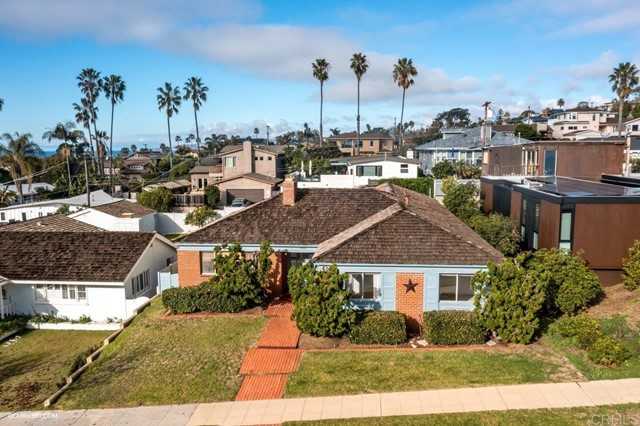 New
$1,999,900
4 Beds
4 Baths
2,675 SqFt
Status Active
MLS # NDP2200579
Property Type Detached
Price Type --
Compass
Welcome to this beautiful Sunset Cliffs ocean view home steps from the water, beach & Sunset Cliffs Natural Park. This well maintained home sits perched on an elevated & quiet street in the highly sought-after neighborhood of Azure Vista, famous for its suburban setting against the sound of crashing waves and breathtaking ocean views. Light and bright, this single story floor plan features a spacious front living room and large formal dining room separated by the homes original wood burning fireplace. A family room off the kitchen and living room is perfect for informal hosting or family & friend gatherings and opens right onto your backyard oasis. With the palm tree & ocean view backdrop, this serene space is the perfect place to watch one of this areas famous sunsets and unwind after a long day. The kitchen boasts a large pantry and ocean view breakfast nook. Dual primary suites along with spacious secondary bedrooms (including one with ocean views!) offer the perfect retreat. Paved alley access to the back of the house, garage & additional driveway parking. This home has been lovingly cared for by the same family for generations; this is its first time on the market! The home is extremely well maintained with nearly $100K in updates over the last several years allowing this home to be both move-in ready for someone wanting to capture the current charm and character or a perfect blank canvas for someone wishing to refresh the design and customize it to their own preferences. A second story addition would create even more incredible ocean views from more areas of the home.
View Property 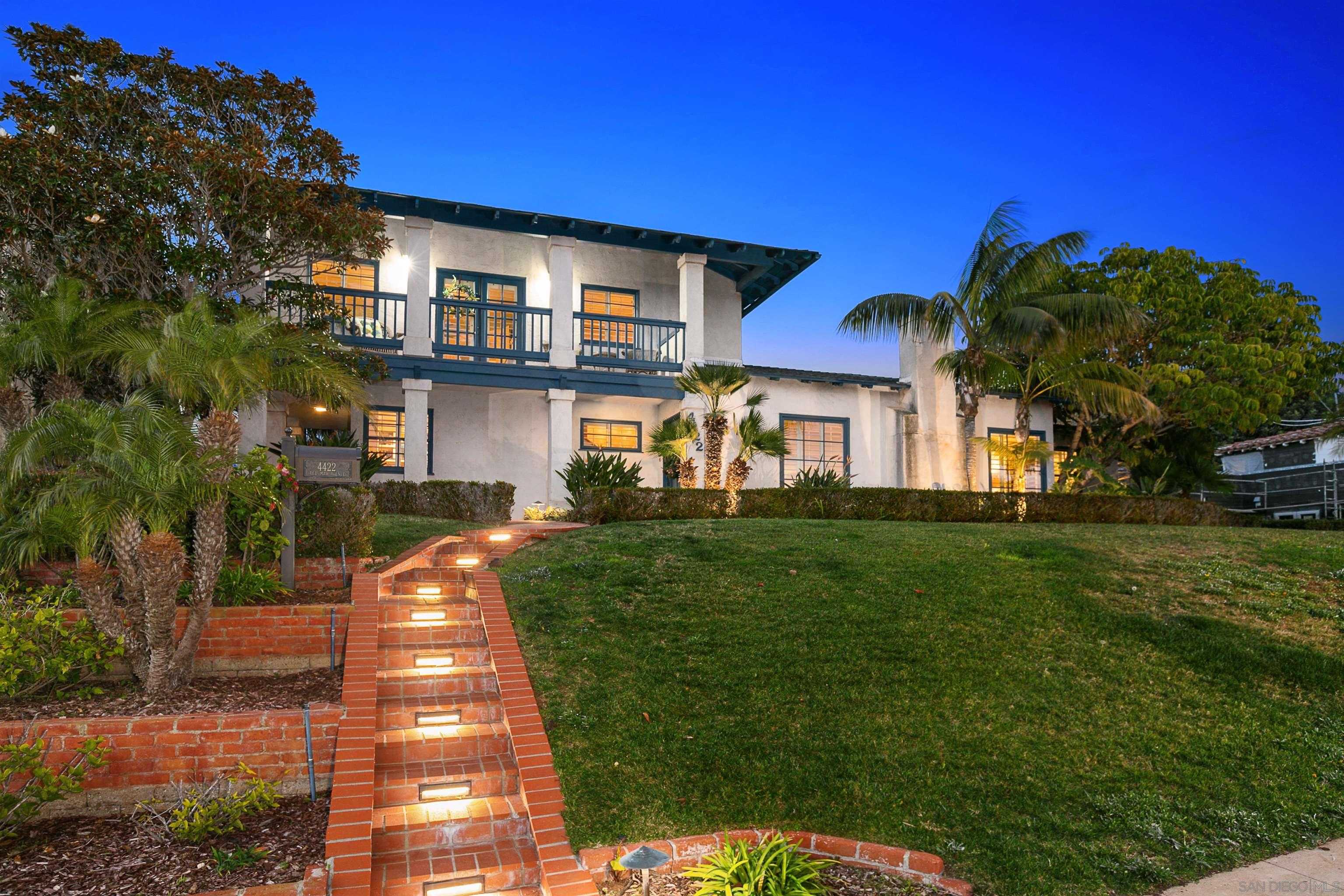 Open House
New
$2,500,000
4 Beds
3 Baths
2,779 SqFt
Status Active
MLS # 220001104
Property Type Detached
Price Type --
Coldwell Banker West
This beautiful two-story Monterey Spanish style home is perched on the hill overlooking the highly sought-after Ocean Beach/Sunset Cliffs neighborhood. The ocean views will instantly captivate you. This 2,779 sq foot 4-bedroom, 3 bath home sits on an oversized lot, high above the street. As you walk in the front door, the plantation shutters frame the ocean views and the fireplace allows for a relaxing living room. The Dining room is perfectly placed adjacent to the kitchen and living rooms. The step-down family room is nice and bright and leads out to the large picturesque backyard and detached 2 car garage that leads you to the alley. This home features two master suites, one on each floor with en-suite master bathrooms. The upstairs Master has a Juliet balcony while the 2nd upstairs bedrooms’ balcony is the perfect setting to take in the sunset. The downstairs Master has a private courtyard and entrance. The 4th bedroom is located at the front of the home and would make the perfect office or playroom. This large lot has plenty of room to create your own oasis, entertainers’ yard or even possibly add an ADU off the alley. This is the first time this home is on the market in over 40 years. Do not miss your chance to call it HOME.
View Property 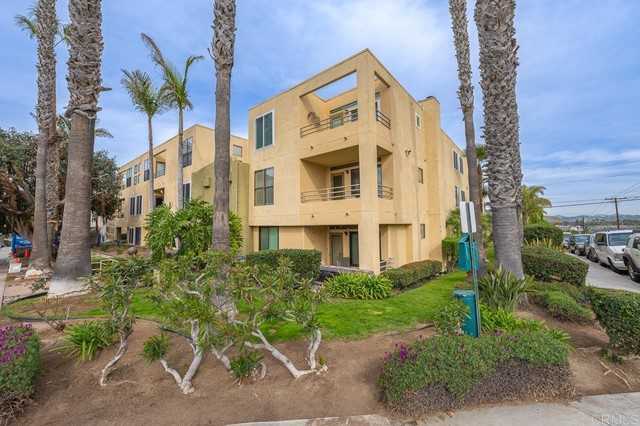 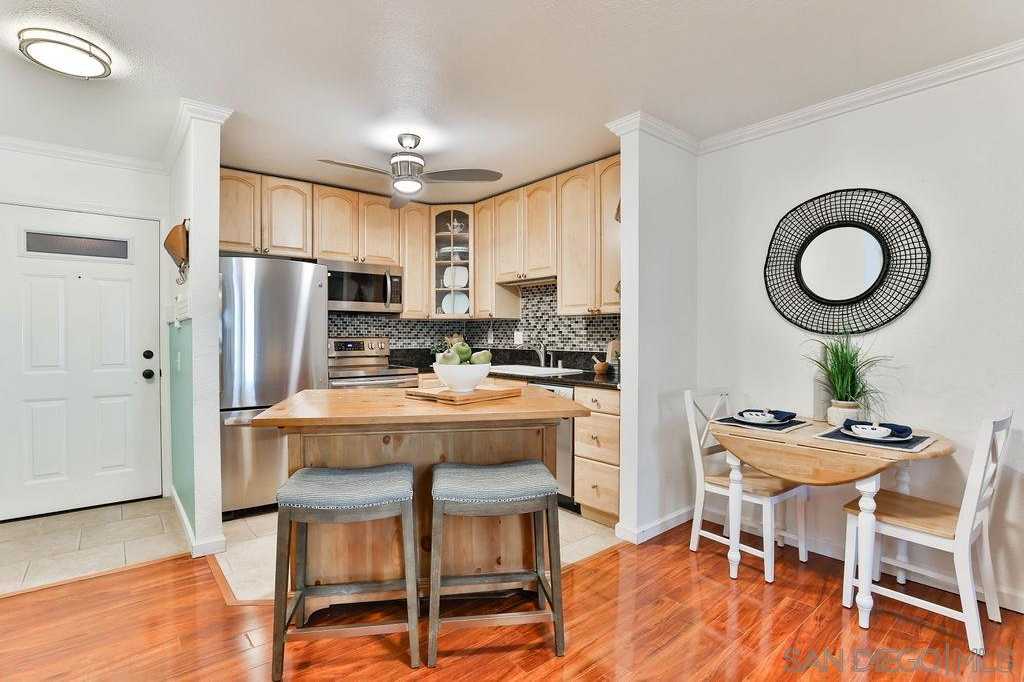 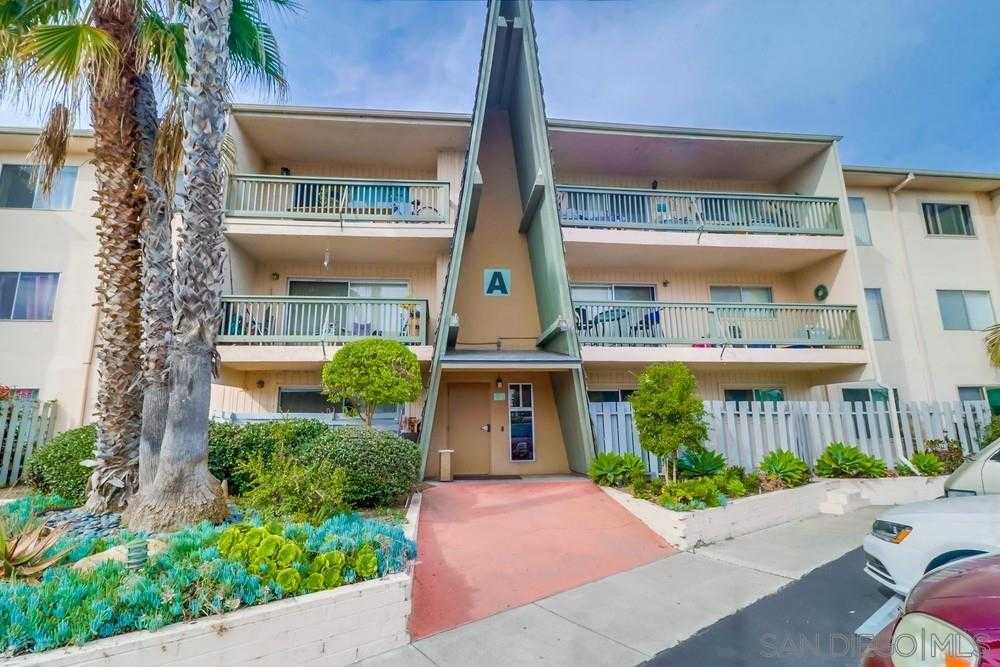 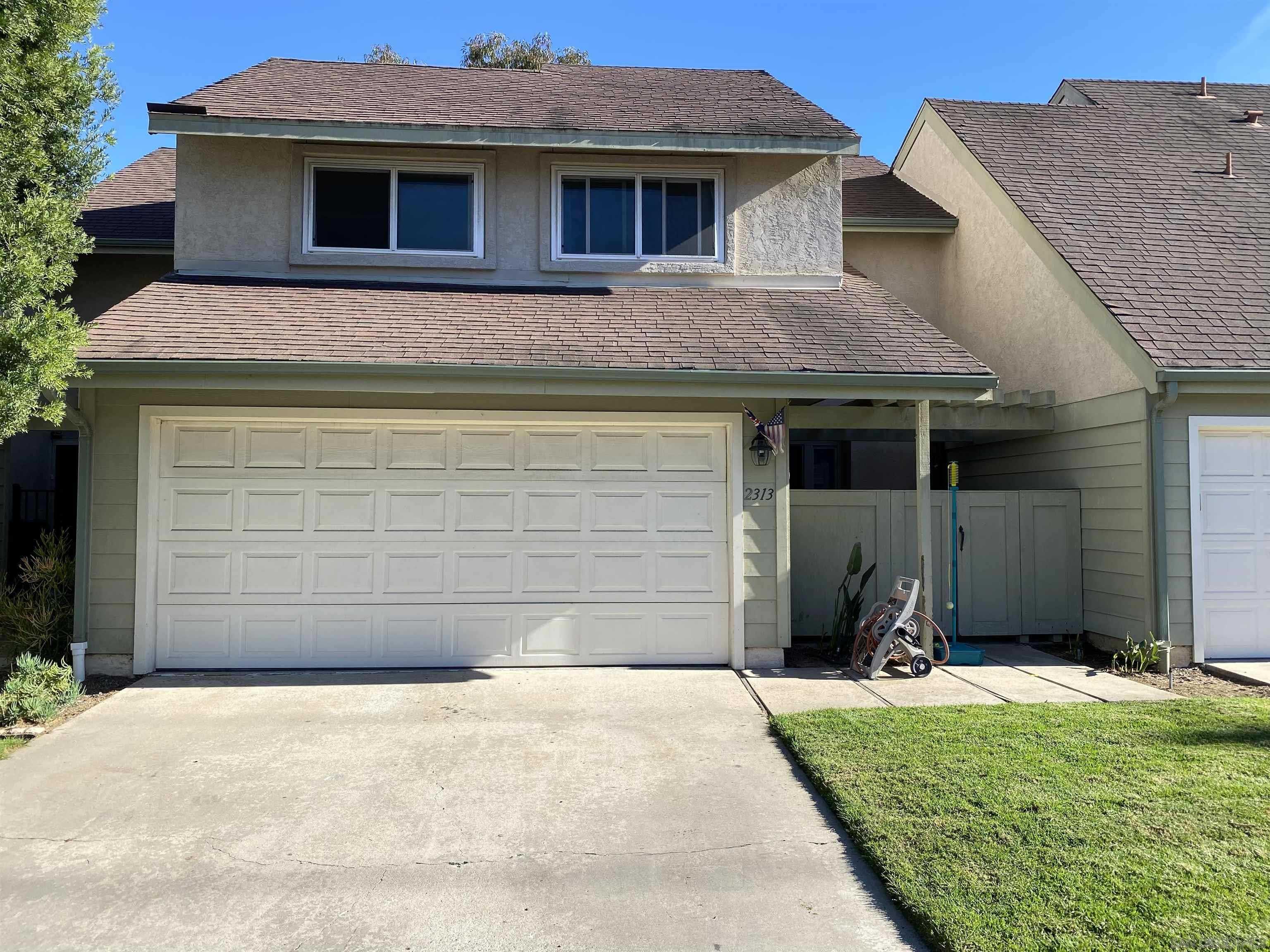 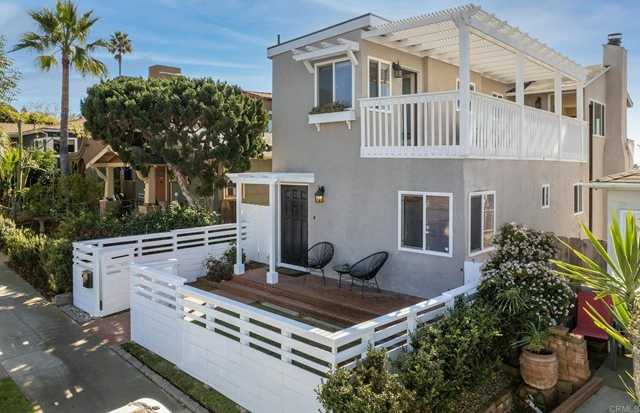 $1,950,000
4 Beds
2.5 Baths
2,168 SqFt
Status Active
MLS # NDP2200247
Property Type Detached
Price Type --
Willis Allen Real Estate
Incredible ocean views and year round coastal breezes await you! This Point Loma Heights/Upper Ocean Beach stunner is just blocks to the beach, shopping and amazing dining. This fantastic home has 4 bedrooms and 2.5 baths with gorgeous hardwood flooring throughout the top two floors along with a spacious backyard. Three separate decks allow for beautiful sunsets along with outdoor entertaining with friends and family. First time on the market in over 20 years and perched just uphill from the beach, this home is a rare opportunity that is not to be missed!
View Property 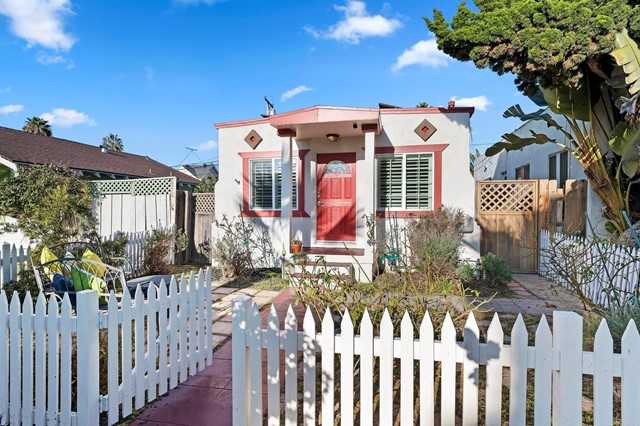 $1,149,000
2 Beds
2 Baths
704 SqFt
Status Pending
MLS # NDP2200196
Property Type Detached
Price Type --
Compass
Your opportunity to own this charming beach bungalow with income-potential, detached bed/bathroom. Main house has 2 bedrooms, 2 bathroomsone ensuitegalley kitchen, laundry nook and mini pantry. En-suite has updated bathroom with quartz countertops and tile accented, large shower box. Defined living and dining areas within the main room. Cozy front yard is perfect for outdoor sitting and dining. Converted garage provides extra spacious 3rd bedroom with room for study desk and built-in kitchenette. Sizable backyard is large enough for a full dining area, BBQ, sitting corner and space to spare. Bonus view deck above the en-suite bedroom. The historic neighborhood of Ocean Beach if famous for its laidback atmosphere and strong sense of community. Walkability to everything OB has to offer is reminiscent of a bygone era where cars were are not necessary. One can surf in the morning, go shopping mid-day, enjoy the most beautiful sunset and end the day with a fancy dinner; all without ever being more than a short walk back home.
View Property 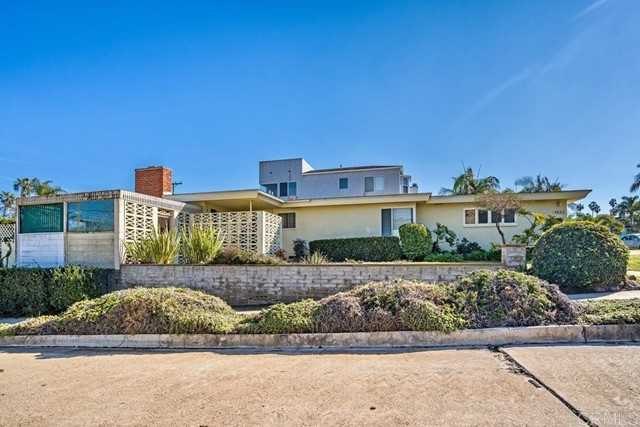 $1,450,000
3 Beds
1.5 Baths
1,447 SqFt
Status Pending
MLS # PTP2200128
Property Type Detached
Price Type --
Keller Williams Realty
Rare and wonderful opportunity to own a nice house on a large corner lot with ocean and bay views in OB! View Sea World and the bay through big picture windows in the living room. Or enjoy the cozy fireplace. Stand in the front yard and look straight down the street at OB Pier. Loads of potential in the spacious yard. I've heard you can stand in the front yard and watch fireworks from the OB Pier and Sea World at the same time!
View Property 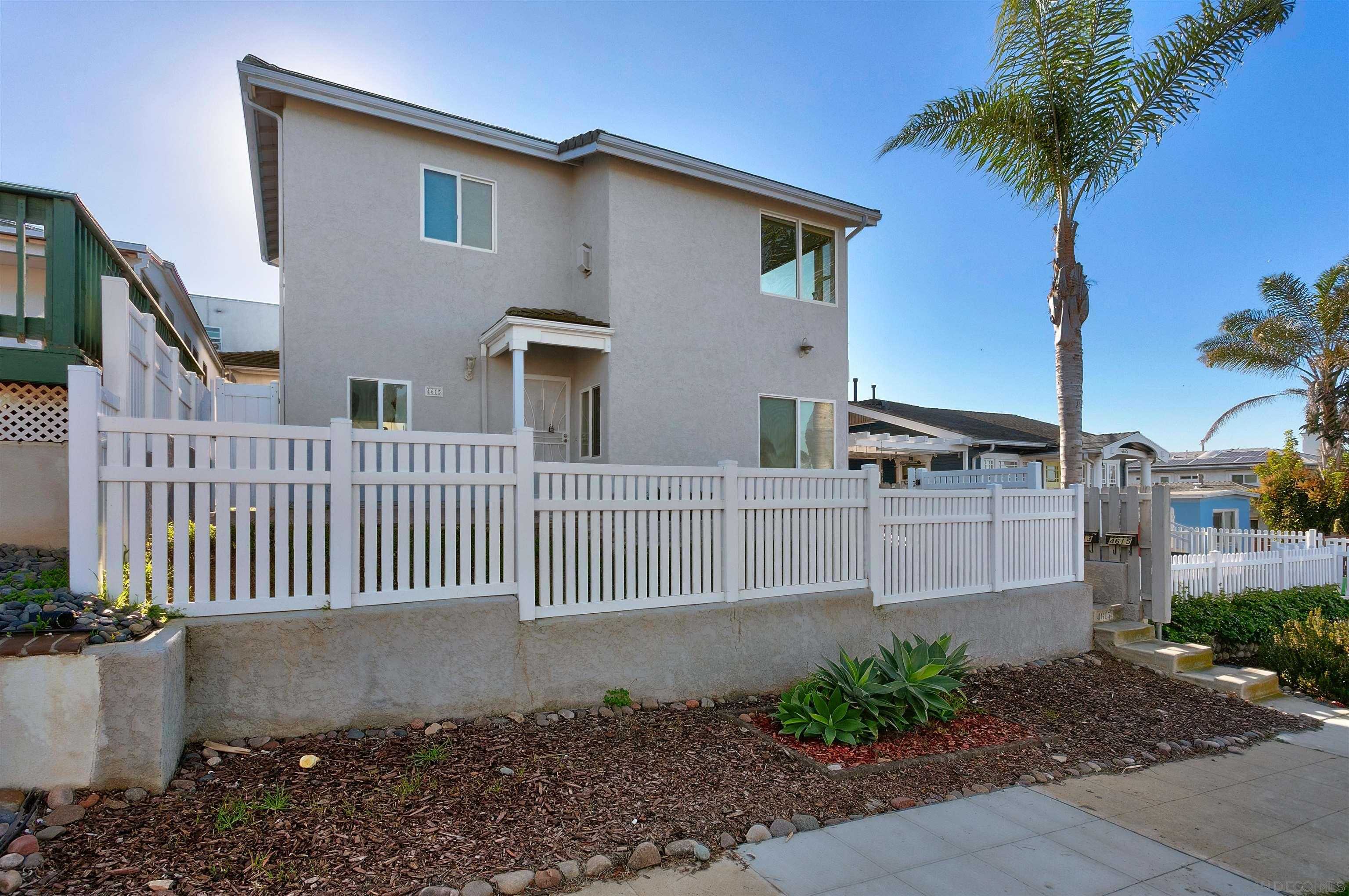 Open House
$1,499,950
3 Beds
2.5 Baths
1,797 SqFt
Status Active
MLS # 220000329
Property Type Detached
Price Type --
Pemberley Realty Inc.
Perfect for any beach lover, this home is ideally located with convenient access to both I-8 and I-5 freeways. The proximity to restaurants, farmer’s markets, and shops is the perfect distance without compromising the neighborhood atmosphere. Enjoy incredible 180 degree views from the oversized picture windows of the second-floor family room, which stretch all the way from Mission Bay and to the ocean. Upon entry you’ll immediately feel welcomed by an open kitchen and sunken living room. Through the kitchen, then dining room, you’ll be led to an enclosed yard that is the perfect size for minimal upkeep and ideal to create your very own zen garden. Along with the incredible views, the second-floor family room features a cozy fireplace. The primary bedroom has a large ensuite with a soaking tub and standing shower and the second and third bedrooms are connected by a shared bathroom. Last but not least, the home has a laundry room and an attached two car garage with built in storage. Enjoy ocean breezes and picturesque sunsets from this centrally located beach home.
View Property 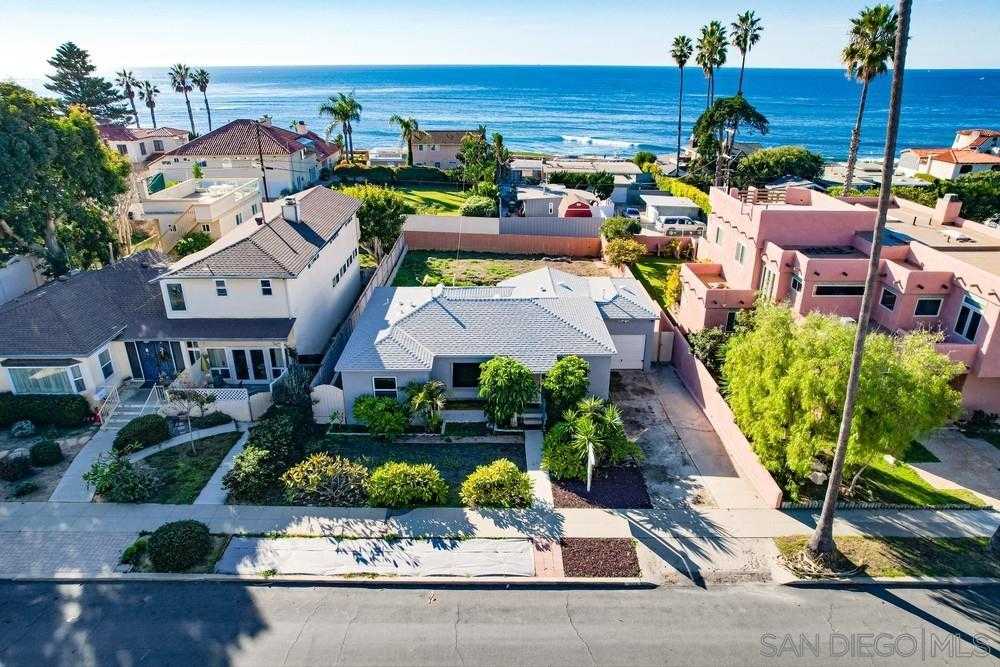 $1,599,000
3 Beds
1 Bath
1,269 SqFt
Status Pending
MLS # 220000039
Property Type Detached
Price Type --
Native
Located in Ocean Beach just one block from Sunset Cliffs with direct ocean views! Single story, three bed, one bath home on a huge 7,800 sqft flat lot. This is the one you have been waiting for! Fully fenced backyard + an attached one-car garage with a secret room located above. Featuring original hardwood floors and light and bright rooms with plenty of windows throughout showcasing the beautiful views! Plenty of room for a pool, ADU, or option to add an additional home to the lot. Located within the coveted Sunset View school district, along a quiet + safe street. Amazing walking trails nearby. Blocks from Point Loma Nazarene University. Near beaches, cliffs, hiking trails, the Cabrillo tide pools. Minutes away from the airport, downtown, shopping, restaurants, and the San Diego bay.
View Property
More Listings in 92107, San Diego, CA